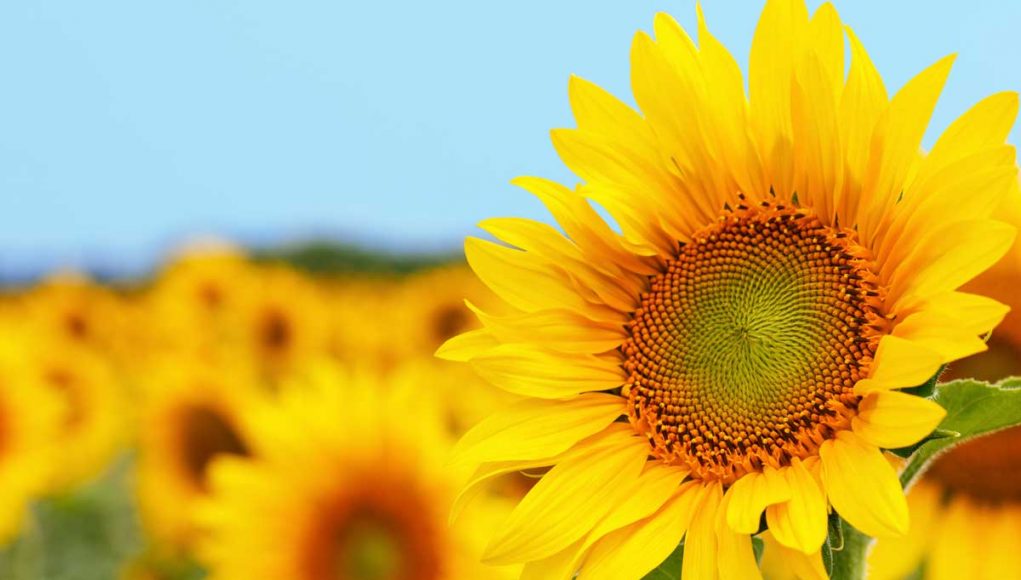 Solar energy has been around for awhile, but only recently has the technology improved enough to make solar a viable competitor to fossil fuels. However, solar’s recent resurgence in the past two decades has surpassed the expectations of even those in the industry itself as the amount of power collected from solar energy increased over 300-fold.

That’s because, along with an increasing need for clean energy to combat the detrimental effects of climate change, scientists have only just begun to unlock the potential of solar cells and panel efficiency. The most recent advancement in this technology can be seen in a new polymer developed from sunflowers (yes, sunflowers).

In case you didn’t know, a sunflower always faces the sun. This is because of a phenomenon known as “phototropism,” which causes the plant to self-orient to face the sun throughout the day and maximize its energy production through photosynthesis. If something as simple as a plant can do this simply via its cellular material, why can’t the same material be used to orientate synthetic cells?

That’s the question scientists asked (and answered) through the development of an artificial phototropic system based on the same principle. Through the creation of biomimetic omnidirectional trackers, they were able to mimic the same cellular impulses in solar technology.

These cells, called SunBOTs, have since passed their first round of testing and the results for solar panels are extraordinary. The researchers hypothesized that these SunBOTS can increase solar energy production up to a whopping 400% in solar panels, offering an extreme uptick in potential energy production in an industry already out-competing with the fossil fuel competitors.

With self-regulation and operation, SunBOTs may yet hold the key to solar energy delivering a coup de grace to energy competitors. However, new research is needed before determining the effectiveness and lasting potential of solar’s newest technology.

Nevertheless, the trend of technological innovation seems, as of now, to be firmly in solar’s corner.