Solar Magazine
Home Solar Wildfires & Climate Change: Our New Reality and How We Can Fight... 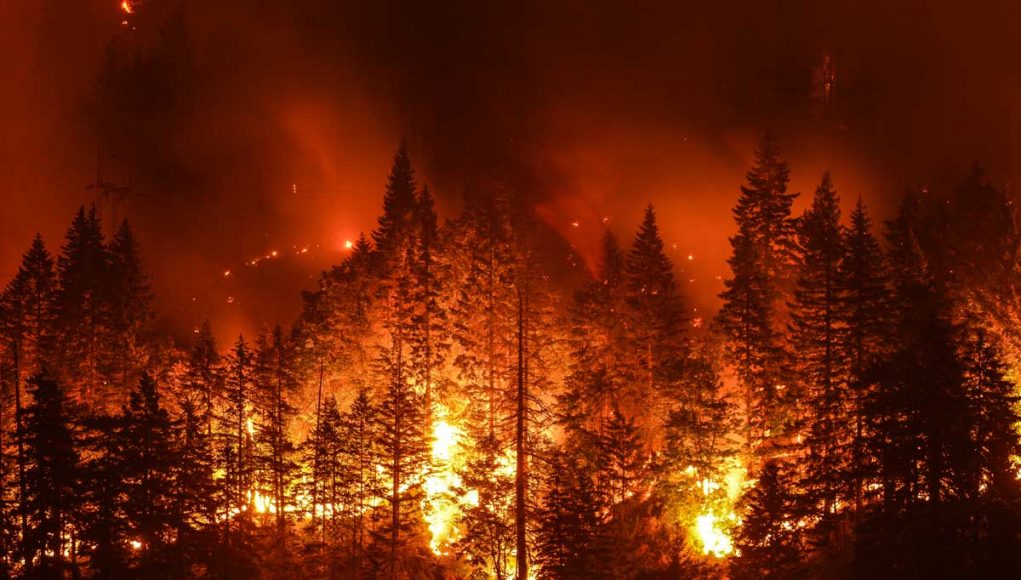 Wildfires are sweeping across the state of California at an alarming and devastating rate. Power is being shut off to homes and businesses left and right. What exactly is going on?

Pacific Gas & Electric, the state’s utility company, has shut off power to over 23,000 customers without notice (500 of these customers have medical conditions and rely on electricity to power devices and oxygen).

Raging Santa Ana winds have been a significant challenge, with winds reaching 70mph and gusts reaching 100 mph. As a result, the fires have doubled in size. At 15 percent containment, the fire already covers over 75,000 acres. At one point, there were 16 ongoing wildfires. One of the fires, the Kincade Fire, may have been started by one of PG&E’s transmission lines – one of the lines that wasn’t preemptively shut down.

Climatologists, such as Michael E. Mann, who currently serves as director of the Earth System Science Center at Pennsylvania State University, stresses that the wildfires are a “moment where climate change really hits home.” Mann added that “climate change impacts are no longer subtle. They significantly impact all of us today — where we live, people we know. We must act now.”

Adds Kevin Trenbrth, a senior scientist in the climate analysis section at the National Center for Atmospheric Research at the University Corporation for Atmospheric Research, “the increases in carbon dioxide and other greenhouse gases by human activities create extra heating.” He continues, “While it is small on a daily basis, it is always in the same direction. And in dry conditions it accumulates so that plants dry out faster, and wilt and wildfire risk increases on the time scale of a month.”

All of these factors combine to create the perfect storm.

Five of California’s 20 deadliest wildfires have occurred in the past two years. A crumbling infrastructure, coupled with a lack of cellular service due to the power outages and combined with a lack of emergency information and traffic lights, contributed to this perfect storm.

Wildfires are just the beginning of what California is about to experience, as floods, coastal erosion and deadly heat waves become more commonplace. There’s a new normal to contend with and we just have to figure out how to adapt.

This is where renewable energy can step up and change the course the climate is currently on. Solar energy draws power from microgrids, instead of from systems relying on non-renewable resources from overhead power lines. In the event of fire, a microgrid is more self-containing and the fire won’t be able to spread as quickly. Going solar also decreases greenhouse gas emissions, which fights against rising temperatures. Another benefit of renewable energy is the use of a ready battery in the event of a power outage, as opposed to hooking up a generator, which presents a fire hazard.

It’s not too late to make a change for the betterment of the climate. We have a responsibility to ensure it’s the right one.