Solar Magazine
Home Environment Solar Vs Snow: How One Couple Is Solving Solar’s Problem With Snow 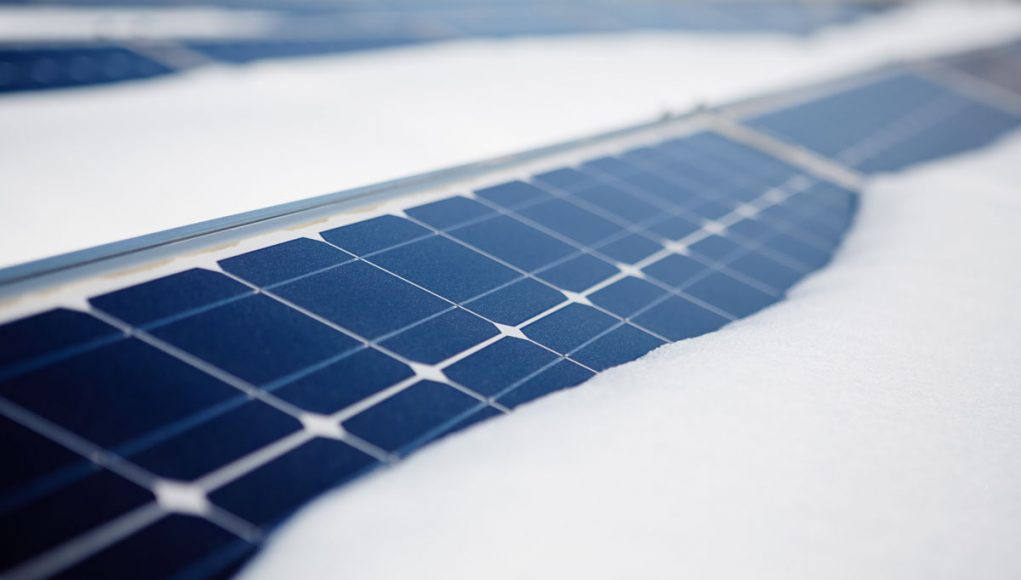 It’s contests like these that open the doors to technological innovation from scientists, hobbists, and tech-heads across the country. No prestige gate-keeping, no raised noses, and no license required.

While competitions like this can be known to offer up an odd-ball invention or two, recently, a Minnesota couple took home the $50,000 prize for an innovation that just make solar energy more viable than ever in colder climates.

Interestingly enough, solar panels actually work better in the cold. When tested for energy optimization, scientists found that solar panels produce best at around 40 degrees Fahrenheit. That puts most panels at home in the wintery environments of the Northwest, Midwest, and Northeast, but problems arise when it starts to snow.

As it snows, most precipitation slides right off solar panels due to their angular tilt; however, when the flakes fall heavy, snow buildup can occur. Now, snow doesn’t outright negate solar energy production from panels, but snow does slow energy production. This means that snowy panels, unless they’re cleaned off, are producing suboptimally. And cleaning off panels can be trickier than you’d think. While solar farms can send out crews with brushes and sprays, residential solar panels on rooftops are hardly accessible, especially in the winter, for regularly scheduled snow-scraping.

That’s what makes this new innovation so exciting, and it’s as simple as it is seamless — using the same nanotechnology that solar panels use, the Minnesotian couple put together a plan to convert a fraction of that energy toward heating the panels. While this would seem like an energy loss as well, the heating would only need to last long enough for the snow to melt off the panels, thus creating optimum energy production conditions once more in a matter of a few hours instead of days or weeks.

While the idea has been awarded, there’s still work to be done. Researchers are now on board and testing should commence in the coming months to determine whether or not the weather will remain a hurdle in the world of solar energy.