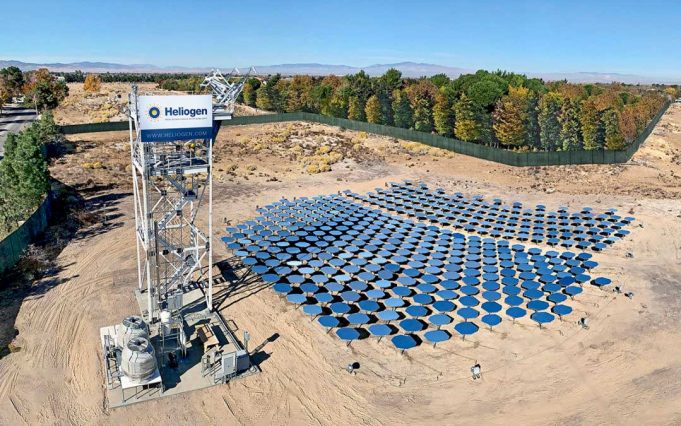 Today solar energy is cheaper than coal, but that wasn’t always the case.

When scientists first harnessed the power of the sun in solar cells, the new technology (and its limitations) simply couldn’t compete with the cost of burning fossil fuels. But that was decades ago.

Now, solar costs are plummeting while the technology has simultaneously grown by leaps and bounds to compete on the same level of energy efficiency as burning fossil fuels. Luckily, this competition has come at a crucial time thanks to the toll burning fossils has taken on the Earth’s climate.

While the switch to solar and other renewables may seem rational and easy to most of us (because it is), to high-energy consumers like factories and industrial plants, solar doesn’t seem to have the raw power output needed for industrial-scale tasks like the production of steel and cement.

But thanks to a recent breakthrough in technology from Bill Gates’ clean energy company, the final excuses for burning fossil fuels is about to run out.

Heliogen, Gates’ company, has a simple motto, “Replacing fuels with sunlight.” That’s why the relatively new company has already announced that they’ve, for the first time ever recorded commercially, concentrated solar energy to exceed temperatures greater than 1,000 degrees. At that level, solar energy can effectively replace industrial manufacturing processes that require exceptionally high levels of heat from fossil fuels in order to chemically transform critical materials.

This is a big deal for a few reasons. For starters, large-scale industrial processes are significant contributors to global CO2 emissions. However, more importantly, this means that renewable energy has now become a viable option in all sectors of society — from residential to industrial.

If renewable energy is cheaper, as effective, and produces virtually no harmful environmental effects in comparison to its fossil fuel counterparts, then the world has no more excuses — the future of energy is in solar.